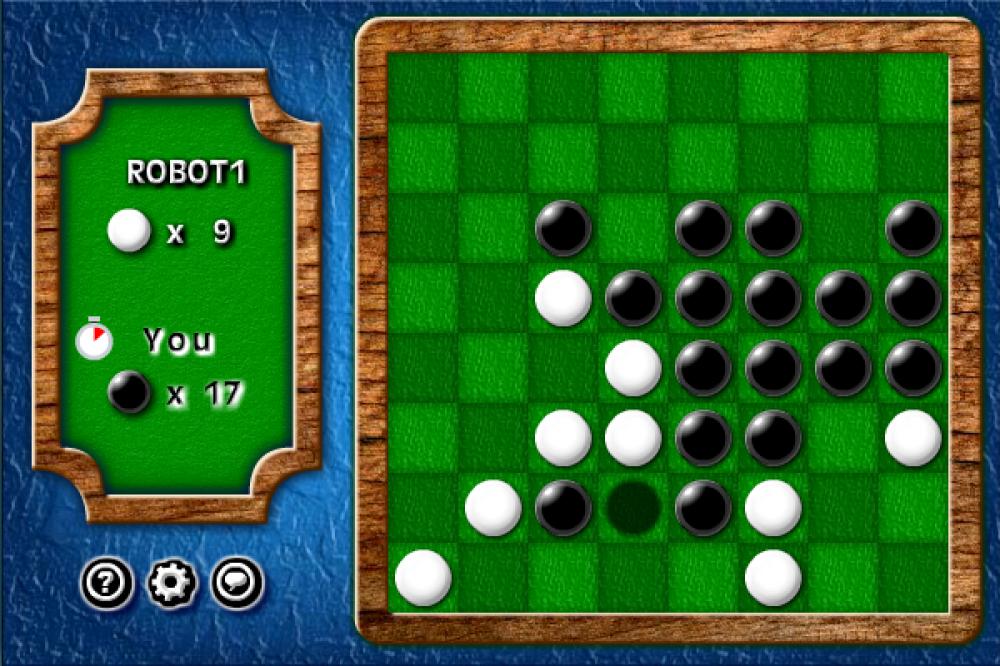 Retrieve your childhood memories by playing Multiplayer Reversi with old friends! This is a classic board game for 2 players using an 8x8 grid board and 64 two-sided pieces. Each of the pieces has a side in black color and the other in white. Your goal in the game is to finish with more pieces turned to the side of your representing color rather than that of your opponent.

When the game begins, either black or white is randomly assigned to each player, and 2 pieces of each side are placed to the middle of the 4th and 5th rows on the board. Black always moves first and the players will take turns to place pieces onto the board. A player must capture at least one opponent piece, or the player has to skip the turn. To capture the opponent pieces, a player should place a piece onto the board such that it aligns horizontally, vertically or diagonally with other pieces of his own without any spaces in between, while at least one of the opponent's pieces is completely surrounded by them on the line. All pieces of the opponent that are trapped by the player's pieces as a result of the move will be turned over and become the player's pieces. The scoreboard on the left of the screen shows each side's current number of pieces. During a player's turn, he must finish his moves within the given time limit, as indicated by the timer on the screen, or he will lose. The game ends when both players are not able to make any more moves, and the player with the most pieces turned to his side wins.